The CALCLEAR Computerised Water Conditioning System delivers commercial quantities of treated water that has all the properties of soft water and charged in such a way that it will progressively and permanently de-scale irrigation systems, drips, nozzles, pumps, heater elements and any other equipment connected to the treated water supply.

It works by neutralising the bonds that allow minerals contained in the water supply to combine with each other to form crystals or combine with any other mineral or surface.

This process results in all minerals contained in the flow being Recent scientific researchby Suntec Hydroponic Consultants, has proved beyond any doubt that CALCLEAR treated water provides significant growing benefits, particularly in Hydroponics which will lead to IMPROVED CROP QUALITY AND MARKETABILITY. 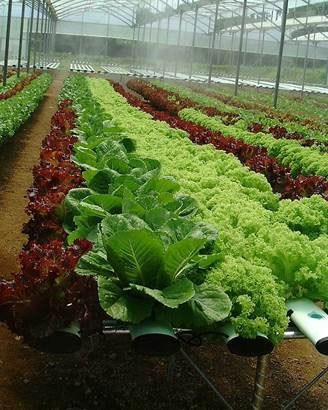 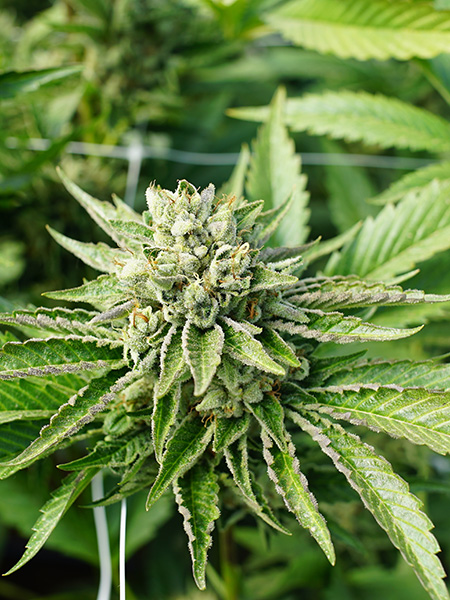 The first of a series of trials using the CALCLEAR system to treat hydroponic lettuce, carried out by Suntec, have now been completed. The results were considered scientifically significant enough for Suntec to publish their findings in the Jan 1999 edition of Practical Hydroponics and Greenhouses.

The implications and potential benefits for hydroponic production are there for all to see and are briefly summarised below. For the full story of the research click here.

Further trials are under way to confirm that the benefits to lettuce production can be realised in other plants, including fruiting varieties such as tomatoes and strawberries. Thus far, the researched benefits of the CALCLEAR system are as follows:

“The CALCLEAR is one of the best things I have bought. In the normal course of events right from the beginning it did everything you said it would, Robbie.

There are only 3 or 4 things I would recommend in my business and CALCLEAR is one of them.”

I thought you would be interested in my observations of your CALCLEAR unit, in my NFT system, in which I grow tomatoes.

The tomato seedlings were planting in April of this year, not an ideal time, but it was that or the whole system would lie idle until the end of June. We started picking fruit early June and to my surprise we have continued to pick good- sized fruit from these plants through winter and will continue to the end of January 2003.

These seedlings were planted at the same time as my tradiro crop in the same greenhouse, but the medium was Grodan. By the fifth truss I experienced some blossom end rot in the grodan medium growing plants, by the sixth truss the blossom end rot problem was pretty much right through the crop. Without exception the NFT plants being serviced by the CALCLEAR unit, did not show any signs of the calcium deficiency, indeed no signs have yet appeared.

I have since planted a new crop of tradiro in the same grodan slabs and would you believe it; blossom end rot has raised its ugly head again around the fifth truss. I am very keen to try the CALCLEAR unit on the grodan crop to see if I can eradicate the problem. Obviously, these observations are just that, but I would like to think that your unit had a lot to do with solving some of the problems I usually experience with calcium uptake in the plants.

I will keep you posted on my findings, and if you would like me to give a reference for your product I would be happy to do so. Look forward to chatting with you soon

The trial was finished and the results are:

Lana started her commercial cut-flower venture at Gundaroo in 2005, specialising in the Australian native Flannel flower. She exports to the USA, Europe, UK and Japan as well as providing for the Australian market

Robbie, Thanks, all is going well. The units are installed on lettuce systems in Indonesia, in an attempt to stop tip burn in hot damp conditions.

Without the units they were getting a lot of tip burn, now very much reduced, but in the local climate it is going to be almost impossible during the wet season to stop tip burn completely.