The CALCLEAR Computerised Water Conditioning System uses a rapidly changing series of computer generated wave forms to break down all mineral crystals contained in our water supplies into tiny mineral particles of 4 microns or less.

The treated flow goes on to progressively and permanently de-scale irrigation systems, drippers, sprays and water heaters, etc. As this is achieved without using acids and without taking any equipment out of service, there are huge savings in time, equipment, labour and chemical costs, and the environment wins as well. 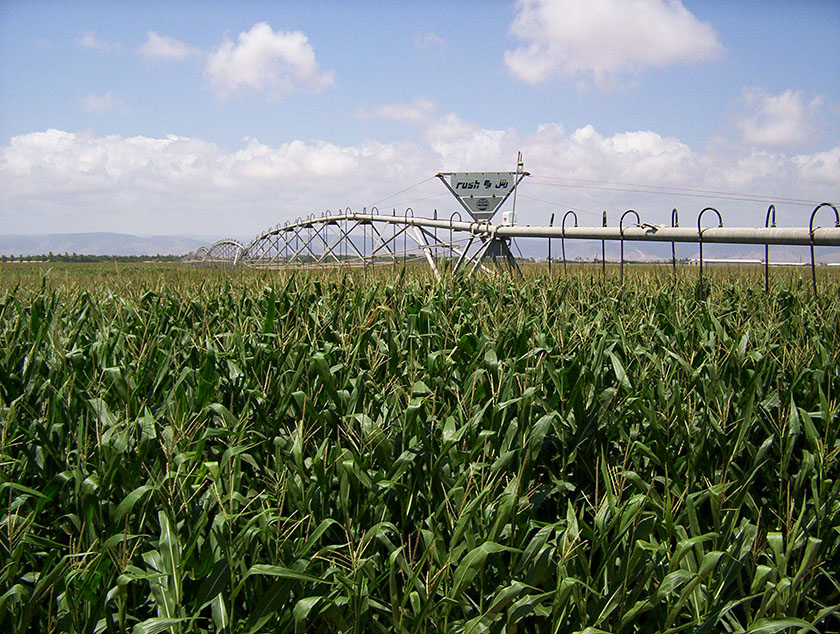 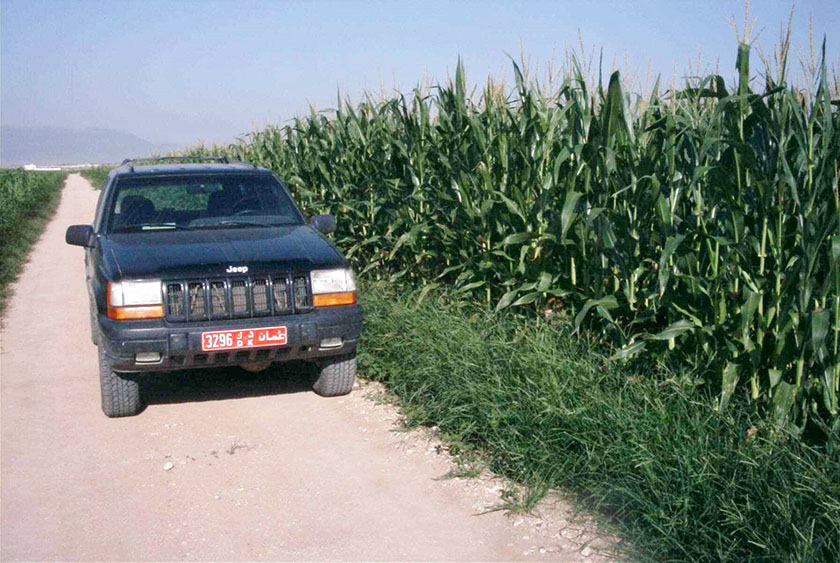 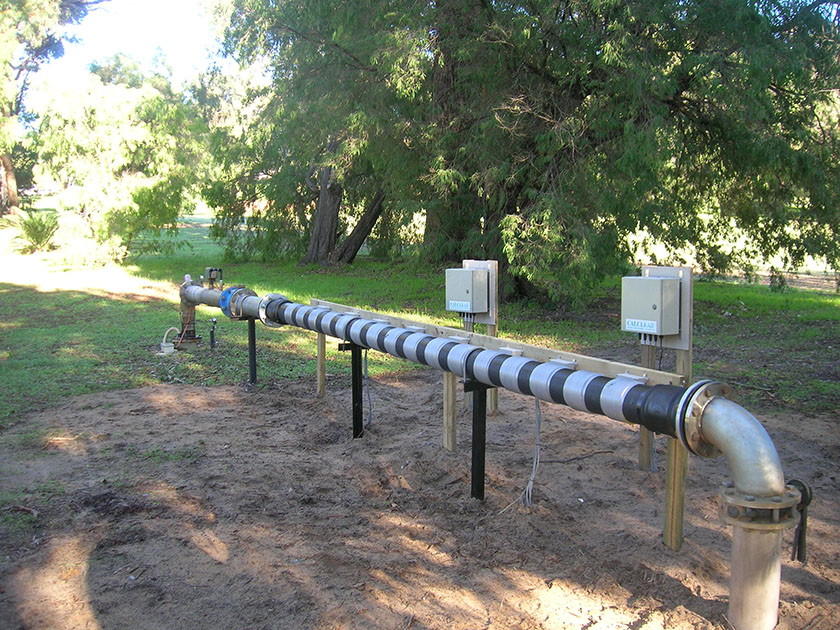 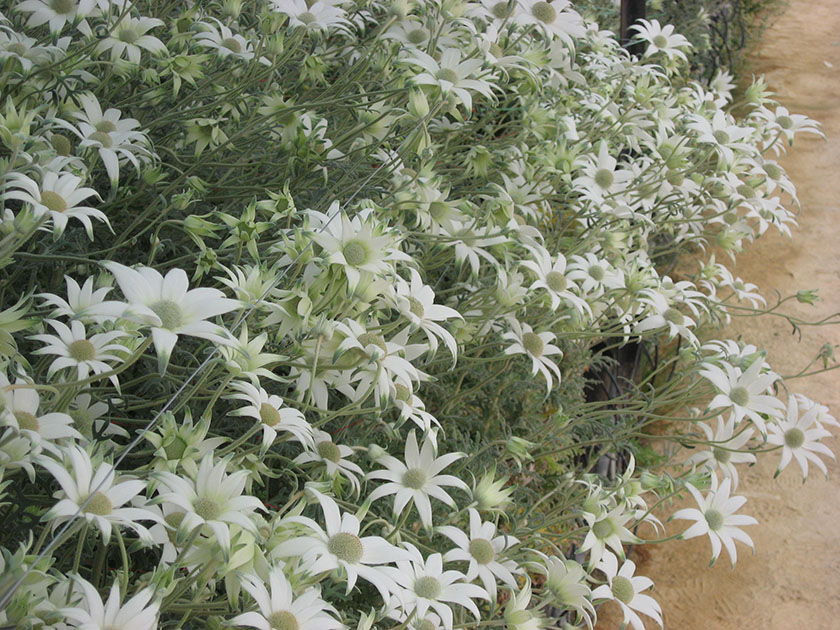 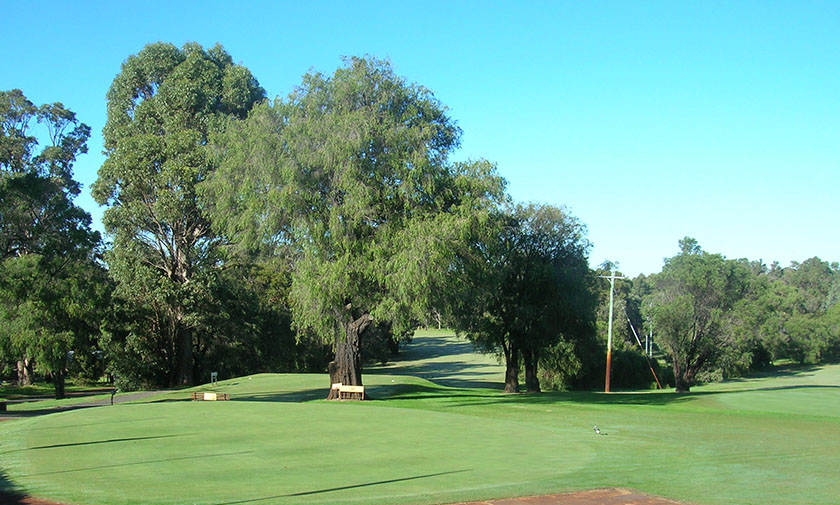 More significantly, recent scientific research has proved that water treated with CALCLEAR not only enhances plant growth but reduces many of their growing problems by converting minerals crystals, particularly calcium, into a form that plants can take up easily.  is essential for cell wall growth, shelf life and fruiting.

This means that healthy crops can now be produced from high mineral content water supplies . ( please send us your water reading for advice ) The CALCLEAR system is effective on all minerals required for plant growth contained in our water supplies and recent research has confirmed that it is mineral crystals coming out of solution that cause all of the scaling and corrosion problems and many of the growing problems encountered in agriculture.

It has now been proven in our research that using our EMF programme and keeping minerals in solution so that minerals are in a size that can easily be taken up by plants, this is particularly true of calcium.

It has further been shown that large mineral crystals physically block the drippers , root systems and xylem, starving the plants of nutrients and preventing transpiration of calcium which is so essential to healthy growth, particularly when plants are under conditions of stress.

It is now possible to minimise defects caused by calcium deficiency and transpiration problems such as tip burn, blossom end rot and bitter pit.

Even more significant was the fact that the bore water crops produced bigger and better plants than the rain water. This was because the bore water contained more minerals which were changed into a form more easily taken up by the plants.

It also emerged that salt is not so toxic to plant growth when there are no crystals present and we now have healthy commercial crops from high salinity bore water previously considered unsuitable for primary production.

There is no reason why these benefits cannot be realised throughout every branch of agriculture.

The CALCLEAR units can cope with any flow through ( PATENTED ) prewound pipes up to 200 mm diameter and are effective on a wide range of minerals including soluble iron.

Agricultural applications for CALCLEAR include:

CALCLEAR will not only de-scale these expensive irrigation systems and dramatically reduce their rate of deterioration, but change the mineral structure that causes all the scaling into a form that has already been shown to have wide ranging growth and health benefits for a wide range of crops and other plant forms.

In the industrial and domestic sectors it has already been shown that algae and many fungal formations need a particle size bigger than 4 microns to form on and within a matter of weeks they are removed by the treated water and do not reappear.

It is hoped that CALCLEAR treated bore water will have similar effects on many of the soil borne fungal infections and that the increased calcium uptake by the plants will make them more resistant to disease.

In all cases where the CALCLEAR system is fitted the units will initially break down the bonds between existing scale and the surfaces of pipes, tanks and equipment and this scale often breaks off in lumps.

These have to be periodically flushed out of the pipes or scooped out tanks where the scale will have dropped to the bottom.

This only occurs in the initial de-scaling period (1 to 5 months) depending on water usage. Only surfaces in direct contact with the treated water will be de-scaled.

The computer unit should be fitted as close as possible to the pipe to be treated to allow the maximum number tight turns of the antennae around the pipe as possible (minimum 12 turns).

Like all electronic equipment, the computer unit needs to be protected from the weather, direct sunlight, moisture and extremes of heat and cold.

The CALCLEAR system was initially used by the dairy industry to de-scale hot water services and milking apparatus.

An added benefit was the removal of algae from the milking shed floor (algae needs calcium crystals to form on and 4 micron particles are too small).

Long term testing is being done to establish an increase in milk production and more rapid bone growth in the young calves.

The exact mechanism involved would almost certainly be that the calcium crystals in the bore water are changed into a form that can be taken up directly from the treated water supply.

This has certainly been proven in the case of plants. Increases of up to 10% have been observed but further trials will be needed to confirm that no other process is involved.

CALCLEAR is extensively used to treat bore water supplies many of which are used for drinking water by livestock.

Not only are pipes, tanks, troughs and float valves de-scaled but the stock seem to prefer to drink the treated water.

In the long term, algae growth will be inhibited as it requires crystals to form .

It is too early to tell if the calcium that is now available will translate directly into growth and production benefits, but it would be surprising if poultry were different to other livestock in this respect.

There is also the prospect that breakdown of chlorides and increased calcium availability may go some way towards rectifying the problems of thin or soft eggshells. No hard data is available as yet but this will be made available when long-term trials have been completed.

However, the maintenance benefits alone warrant the CALCLEAR system being given serious consideration.

The flowers are grown with a state of the art computerised Hydroponic watering system.

In September of 2005 a CALCLEAR Hydro 80 was installed to the 65mm main line feeding the greenhouse of Gerberas to eliminate the build up of minerals in the mains and laterals.

In the following March of 2006 Floraco production manager Mr Guy DeKok explained the following results were obtained by the use of the CALCLEAR on this crop.

Floraco have now purchased an additional unit and is being installed on their crop of greenhouse roses which are drip fed with a duplicate hydroponic system.

Capel Golf Club was first introduced to the Calclear product in 2008 when investigating high iron build-up in piping associated with the conversion of our manual watering system to a fully automated reticulation system. Following discussions with our local irrigation specialist, we undertook a trial for performance evaluation of the recommended Calclear Hydro 200 Water Conditioning Unit.

The unit was installed on one of our two water bores, (supply holes 1-9) with the second bore (supply holes 10-18) to be used as a control standard for comparing results from the Calclear unit that included sampling and analyses from three locations, initial supply, mid point and end of the existing reticulation piping.

Removable piping sections were installed at the mid-point in both networks allowing us to monitor iron scale built-up on new piping and to record any visual changes to the existing build up within our systems.

Our water sampling and analyses programme indicated a vast improvement in ferrous iron retention throughout our system compared to the control bore where losses in ferrous iron was significant by the mid-point sampling station and up to 40% lower at the end point compared to Calclear treated water.

From our installed piping section we observed very little soft scale type build up and a marked breakdown of existing piping scale from the Calclear treated water whilst hard scale build up remained in the control bore water supply piping.

Additional benefits have been gained as a result of the Calclear units with the most notable being the improvement of grass condition on the fairways and greens. This improvement, we believe, comes from the water penetration benefits and the ability to take up available nutrients within the Calclear treated water.

Installation of the Calclear Hydro 200 unit on our second bore was undertaken in 2009 prior to this summers watering programme and as a result, our overall course condition shows the improvement we observed following the testwork with the first Calclear unit.

Capel Golf Club is well satisfied with the overall performance of both our Calclear units and now we have our first 9 holes on automatic reticulation, course quality continues to improve and the benefits of Calclear treated water continues to become evident.